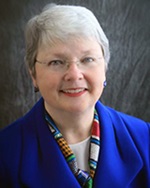 Christine Kehoe was first appointed to the California Transportation Commission on January 11, 2016, by the Speaker of the Assembly, Toni Atkins. On January 1, 2020, she was appointed by the Senate Rules Committee to another four-year term. Christine is the former Executive Director of the Plug in Electric Vehicle Collaborative where she started service in January 2013. Previously, Christine served 19 years in elected office including four years in the California Assembly and eight years in the State Senate. During her twelve years in the State Legislature she distinguished herself with a strong legislative record and her ability to build consensus among her colleagues.

Christine served as the chair of the Senate Committee on Energy, Utilities and Communications and she also chaired the Senate Committee on Appropriations for four years. She was a member of the Transportation and Housing Committee, Natural Resources and Water and Environmental Quality committees among others. She was a Senate member of the California Plug-In Electric Vehicle Collaborative (PEVC) until she left office in November 2012.

Christine’s legislation in both houses consistently focused on the public benefit of expanding and strengthening California’s policies for renewable energy, energy efficiency, alternative fuels and vehicles, resource protection and water quality and conservation.

Christine was first elected in 1993 to the San Diego City Council and served there until 2000. From 1997-2000 she was a member of the California Coastal Commission. She lives in San Diego with her spouse Julie Warren.