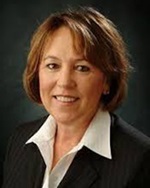 Inman has served on the California Transportation Commission since 2010 and currently serves as Chair. In 2013, Inman was also appointed as a founding member of the National Freight Advisory Committee and co-chaired the sub-committee on project delivery and operations.

Inman served as the chair of the board of the Los Angeles Area Chamber of Commerce and serves as vice chair for the California Business Properties Association (CBPA). She is the former chair of the San Gabriel Valley Economic Partnership (SGVEP) and is also a founding board member of both BizFed and FuturePorts, and a board member of Inland Action and the California Business Roundtable. She is also a long-time member of the Coalition of America’s Gateway and Trade Corridors.

Inman further demonstrates her commitment to active community engagement through her service as board member and former board chair of THINK Together, nationally-recognized non-profit providing extended learning programs that serve more than 150,000 at-risk and low-income students daily across California. She serves on the board of QueensCare, a $400+million foundation dedicated to providing healthcare for the underserved. Inman is also a trustee for Three Square, the regional food bank in Las Vegas, Nevada, and serves on the board of trustees for the University of Redlands as well as a member of UCLA Luskin School of Public Affairs Advisory Board, METRANS and the UC-ITS Advisory Board.

A graduate of California State University, Fullerton, Inman holds both a BA and a MBA in finance. In 2010, Inman was awarded an Honorary Doctorate of Business Administration from Woodbury University.